Crash Site of The Alien Comic

To celebrate Alien & Dougie‘s first Toronto Comicon and the first panel (featuring the cast of the Dark Matter, tv show) they’ve ever watched, this page commemorates some of the fun. We spoke to the cast of the show at a signing and they were all great folks — might even be some new fans. We also met with Gerhard (Cerebus), Toronto based illustrator Marvin Law, and got a signed poster from John Beatty. Not to mention a whole bunch of other great comic folks. We’ll definitely be attending again next year. 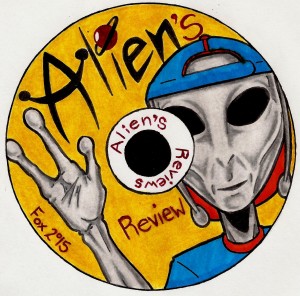 Alien: Are these people on drugs?

Dougie: I better explain the movie. Humans seem to be “jumping” into deep space. It’s never explained how, but a “folded space” theory would be most likely. After an East Coast facility is lethally sterilized due to an unexpected outbreak, another facility initiates a rescue mission. The group has a secondary task to stop a shipment of infected materials as well. Not long after they get there everyone is infected by an alien parasite. Then they go crazy.

Dougie: Does that about cover it, Alien?

Alien: Um, yeah, sure. You know, Dougie, a joke’s not funny if it has to be explained.

Dougie: I don’t think the director meant for this movie to be a comedy.

Alien: Really? Because those people were crazy funny.

Dougie: Didn’t you ever encounter a parasitic organism that altered perceptions and behavior during your travels.

Alien: Of course. We called them drugs. Or Cousin Drix. He’d make me so angry and –

Alien: I thought it was about people on drugs trying to kill each other. A sort of Thunderdome in space.

Dougie: See, I think that’s where the audience gets lost. Too much shocking violence and not enough science. It seemed obvious these aliens had an intelligent design behind their actions.

Dougie: But their motives weren’t properly explained. Were they infecting people for invasion, expansion, or observation purposes? Was it a matter of benign or malevolent survival?

Alien: I think you’re reading too much into this movie.

Dougie: You think so?

Dougie: I know what it is, Alien.

Alien: Okay. You don’t have to use that tone with me, Dougie.

Alien: Sure. I’m going to rate this thing and find a mole to whack.